On May 12, 2021, the Biden White House released an Executive Order focused on cybersecurity that it hopes will make significant strides in addressing one of the largest challenges that many of today’s federal government agencies and military organizations are facing – defending government data and networks from increasingly sophisticated and persistent cyberattacks. And this Executive Order couldn’t come at a better time.

While the Executive Order wasn’t a direct result of this incident, it was released just days after the ransomware attack against the Colonial Pipeline Company. That attack against a vital part of America’s critical energy supply chain could have been one of the most impactful cyberattacks that our nation has experienced in the past decade.

While the attack didn’t expose the personally identifiable information (PII) of a massive amount of Americans like the Experian data breach that impacted 24 million customers, it had ramifications that reverberated across the entire east coast. With the Colonial Pipeline Company shut down as a result of the ransomware attack, Americans foolishly began hoarding gas, creating a gas shortage in multiple east coast states that lasted a number of days.

Dedicating an entire section of the Executive Order to securing the software supply chain is something that I applaud since insecure, vulnerable software is such a risk for our government – especially at a time of digital transformation, when software is starting to play an outsized role in agency operations.

That attack – coupled with the SolarWinds attack in 2020 that may have resulted in upwards of ten government agencies being breached – illustrate just how imperative it is to protect critical infrastructure and government agencies from cyberattacks today. And the Executive Order could make great strides in helping government organizations better prepare and protect themselves from a threat landscape that is getting bolder and better equipped with each successful breach.

Let’s look at some of the provisions in the Executive Order and what they mean for government agencies.

A mandate to share data and innovate
The Executive Order is quite large and far-reaching – attempting to cover multiple large issues and challenges that the government is currently facing in network and data security. Each section of the Executive Order lays out desired changes and new initiatives for government agencies to take in an attempt to better control who is on their networks, more quickly identify malicious activity, and more effectively share breach data and information across agencies and with private sector partners.

The Executive Order works to make changes in the government’s contracts and agreements with private sector IT service providers. These changes are intended to increase information sharing and ensure that the government and its industry partners are disclosing breach information early on to ensure that every organization involved is aware of potential threats and can take preventative steps to protect their networks. 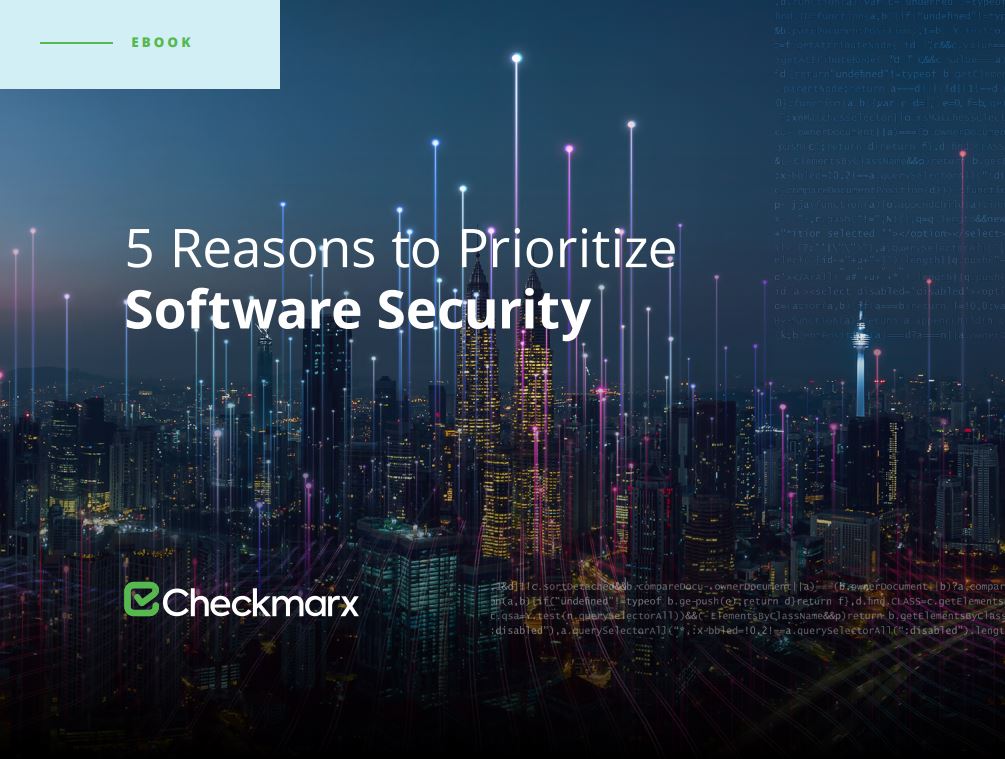 In Section Three of the Executive Order, government agencies are encouraged to embrace secure cloud solutions. The CISA and OMB are also tasked with developing secure cloud adoption practices and guidelines and a federal cloud security strategy, respectively. But the cloud isn’t the only new technology that the Executive Order advocates for within the government. It also encourages agencies to begin embracing a Zero Trust approach to network security and multi-factor authentication for identity management.

However, what I find most exciting among the provisions of the Executive Order is the entire section dedicated to securing the application and software supply chain.

Securing the software supply chain
Vulnerabilities in the application layer remain some of the most exploited in cyberattacks across all sectors and industries. This means taking steps to advance the secure development of applications within the government – and by those that make applications for the government – can go a long way towards protecting agencies and their data from malicious actors.

Dedicating an entire section of the Executive Order to securing the software supply chain is something that I applaud since insecure, vulnerable software is such a risk for our government – especially at a time of digital transformation, when software is starting to play an outsized role in agency operations. And, at Checkmarx, AppSec and developing secure software is something that we take very seriously.

However, the Executive Order, itself, doesn’t directly mandate any government organizations to take any actions to secure their software development lifecycle or software supply chain. Rather, it directs the Secretary of Commerce and the Director of NIST to, “…solicit input from the federal government, private sector, academia, and other appropriate actors to…issue guidance identifying practices that enhance the security of the software supply chain.”

The Executive Order instructs the Secretary of Commerce and the Director of NIST to include criteria in that guidance regarding:

The guidance from the Secretary of Commerce and the Director of NIST is due approximately 270 days from the release of the Executive Order, And based on the criteria that the Executive Order encourages them include in that guidance, it’s reasonable to believe that it will include recommendations for agencies to embrace static application security testing, software composition analysis, and interactive application security testing.

Vulnerabilities in the application layer remain some of the most exploited in cyberattacks across all sectors and industries. This means taking steps to advance the secure development of applications within the government – and by those that make applications for the government – can go a long way towards protecting agencies and their data from malicious actors.

This is an intelligent recommendation, because implementing those three application security testing tools – such as the ones that we offer at Checkmarx – can go a long way towards identifying and remediating vulnerabilities early in the development process. Together, these three technologies have the ability to scan code for vulnerabilities while it’s being written. They can scan open-source code for known vulnerabilities. And they can even test running applications for vulnerabilities.

Here are five considerations that agencies should be directed to keep in mind when choosing application security testing solutions:

1) Scan source code early in the process – any solutions or tools that the guidance recommends to government agencies should be capable of automating the testing of source code and do it early in the development process. This ensures that vulnerabilities are identified and remediated earlier – when they’re easier and less costly to fix.

2) Repository-centric scanning – Application security testing solutions should be able to scan code in source code repositories for known vulnerabilities when pull requests are made. This expedites the software development lifecycle while enabling the secure use of open-source code.

3) Automating SBOM creation – One of the criteria in the Executive Order involved the creation of a Software Bill of Materials for software purchasers. This can be a heavy lift for developers – especially ones utilizing open source code – that could result in adding processes and time to the software development lifecycle. Source code analysis solutions should be able to build SBOMs by identifying vulnerabilities in the source code and then compiling all vulnerabilities identified in a log for developers.

4) Require training, not just testing – It’s one thing to test software for vulnerabilities and another to eliminate vulnerabilities altogether. By requiring developer training that integrates with application testing, agencies can keep vulnerabilities from being written into the code in the first place.

5) Security vs. quality – There is an important distinction to be made between software analysis and testing tools that focus on quality, versus those that focus on security. Organizations need to understand which tools specialize in each use case and ensure security testing tools are implemented to secure their software supply chain.

To learn more about why AppSec is so essential in the government today, click HERE for a complimentary copy of the eBook, “5 Reasons to Prioritize Software Security.” 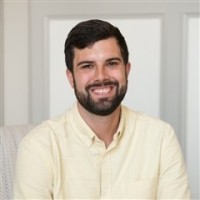 Jeff is a DoD DevSecOps and cATO Advocate. He is a DoD Regional Sales Manager at Checkmarx, where he works to assist DoD software engineering programs and systems integrators in their transformation from traditional security testing to fully integrated and automated software security testing.

Colleges and Universities – the Next Big Target for Ransomware Attacks

Dynatrace@DynatraceCore Consulting has become the first Dynatrace Services Endorsed partner and we couldn’t be more thrilled! – this i… twitter.com/i/web/status/1…4 hours ago08 February 2023

Sonatype@sonatypeThe Doctor is in! We're here to make dependency management quick and painless with our free new tool, #BOMDoctor.… twitter.com/i/web/status/1…10 hours ago07 February 2023

Dynatrace@DynatraceRT @maciag_mike: I’m excited to take the stage with @Dynatrace SVP of Product Management, Steve Tack, in one week at #Perform2023! We’ll di…10 hours ago07 February 2023

Sonatype@sonatypeAttn all #devs: the Doctor is in! 🩺 twitter.com/brian_fox/stat…12 hours ago07 February 2023

Red Hat, Inc.@RedHat5G will have a bigger impact on society than any previous generation of #wireless technology, but it won't just be… twitter.com/i/web/status/1…12 hours ago07 February 2023

Sonatype@sonatype❓ #DidYouKnow: 1.2 billion vulnerable dependencies are downloaded each month. How many are lurking in your network… twitter.com/i/web/status/1…12 hours ago07 February 2023

Sonatype@sonatypeThis is going to be a huge topic of discussion in 2023. 😬 More via @SiliconANGLE. 👇 twitter.com/SiliconANGLE/s…12 hours ago07 February 2023

GitHub@githubReady to make your GitHub profile README rock? Display what you've been listening to on Spotify with this handy hel… twitter.com/i/web/status/1…16 hours ago07 February 2023

Red Hat Government@RedHatGovJoin Red Hat's People Team at our next RHA webinar as they share their recommendations on building a strong resume,… twitter.com/i/web/status/1…16 hours ago07 February 2023

GitHub@githubTo solve code search at GitHub's scale, we built a search engine from scratch in Rust that can run regex searches a… twitter.com/i/web/status/1…2 days ago06 February 2023

eggplantio@eggplantioWithout question, the software will become more woven into the fabric of patient experience in 2023 🧶 From… twitter.com/i/web/status/1…5 days ago03 February 2023