In late August, the Advanced Technology Academic Research Center (ATARC) sponsored a Webinar in conjunction with Checkmarx and Invicti entitled, “Shifting Security Left with DevSecOps.” This virtual panel discussion featured prominent application development leaders and experts from both the government and private sector coming together to discuss how the adoption of DevSecOps can help accelerate the software development lifecycle (SDLC) while improving application security.

And that’s something that the participants in this virtual panel discussion were uniquely qualified to discuss. Many of the speakers were responsible for leading application and software development teams within organizations that rely heavily on the capabilities delivered through software for mission success, and that prioritize security and mission assurance. Each were either working to shift security left in their application development processes – or providing the tools needed to do so.

And when it comes to identifying those vulnerabilities, earlier is better. As Rusty Sides explained, “The earlier you find the vulnerability, the less expensive it is to remediate that vulnerability, and the lower the chance that it makes it into deployment.”

However, the process of shifting security left and embracing a DevSecOps approach to application development within an organization is neither cut and dry, nor simple. Each of the panelists that worked within the federal government made it clear that shifting security left in the SDLC is a change or evolution within their organization that requires embracing the correct tools, and navigating through turbulent cultural changes.

Cultural clashes in a multigenerational developer workforce
While the benefits of shifting security left within the SDLC are undeniable and inarguable, large barriers exist within the federal government that make the transition something that’s easier said than done. And one of the largest barriers involves the cultures at play within federal agencies.

The application development teams within government agencies – as described by the panelists – are multi-generational teams that blend young, right-out-of-college developers with experienced professionals that have been coding for the government across multiple decades. These disparate groups bring different skills to the table, have varying degrees and amounts of experience, and all want to work and learn differently.

“You have people coming in directly from college, then you have developers that have been working there for 40 years,” Ian Anderson described. “How do you get them to develop the same? How do you train them?”

Edmond Kuqo also has experienced frustration within his development teams as the Navy transitioned from a traditional, waterfall approach to application development to a DevSecOps approach. Kuqo noted that younger developers entering the workforce may find established processes and systems frustrating, while existing developers may be uncomfortable with change and the introduction of new systems.

In fact, for many of those experienced developers, Kuqo explained that the process could require them, “…to forget what they’ve learned over the last 20 years and learn the new platforms.”

“The earlier you find the vulnerability, the less expensive it is to remediate that vulnerability, and the lower the chance that it makes it into deployment.” – Rusty Sides

Also universal among panelists was the need for training to get developers on the same page, and comfortable with new processes and systems. This sentiment was echoed by Rusty Sides, who explained that “embracing a secure culture requires AppSec training.”

However, training younger developers to develop securely can be a challenge, in that it often falls to more experienced developers and takes them away from the task of developing applications. This was a challenge shared by Ian Anderson, who asked, “As you have junior developers coming into the organization, how can you train them up without having a senior developer spending a lot of time working with them?”

Thankfully, another critical component of shifting left – advanced tools and applications – cannot only assist in baking security into application development but can also help alleviate some of these cultural and training challenges within organizations.

Shifting left with static analysis and code bashing
While changing culture – and training development teams and managers – plays an enormous role in shifting security left in the SDLC, the transition to DevSecOps can also be helped enormously by embracing advanced tools and applications designed to automate security processes that have traditionally been done manually.

One of the tools that assists with this is Static Application Security Testing (SAST) – which scans code as it’s written for known vulnerabilities and alerts developers to their presence. Incremental scanning gives developers the ability to quickly remediate and verify any vulnerabilities discovered in their application’s source code before it gets to the security team for review. This can drastically accelerate the SDLC and reduce the cost and time needed to remediate vulnerabilities. As Ted Rutsch explained, these tools can help to, “…automate the process of validating vulnerabilities [and] significantly cut down the AppSec team’s review time.”

“You have people coming in directly from college, then you have developers that have been working there for 40 years. How do you get them to develop the same? How do you train them?” – Ian Anderson

As we discussed previously, training newer developers to code securely has often fallen on the shoulders of the organization’s more experienced developers. These tools can alleviate the need for that time-intensive training process by identifying and alerting developers to the vulnerabilities both in the code they write, and in the open source code they utilize in the development process.

“There is a legacy workforce out there that carries a lot of knowledge of mitigating vulnerabilities. As they retire, we need to pass that knowledge on,” explained Ted Rutsch. “But we can also put tools in place that can give [younger developers] the same ability to identify and mitigate vulnerabilities.”

If that’s not enough, there are also advanced developer training tools entering the marketplace that integrate into the development process and utilize gamification to train developers to write more secure code. Tools such as these could play a large role in training all members of a multi-generational development team to develop more secure code.

As government organizations and agencies have embraced digital transformation initiatives, their reliance on applications has increased. This has resulted in agencies demanding more from their development teams and demanding that the application development process accelerate. Shifting security left and embracing DevSecOps can ensure that development teams can expedite the SDLC without sacrificing security. But to do so, they’re going to need to change their culture, and embrace next-generation tools that can automate processes and make the transition easier.

To learn more about the role of SAST in shifting left, click HERE. 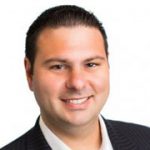 The Cloud Conundrum - Should I Migrate This Application to the Cloud? 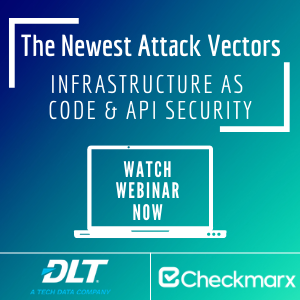 GitHub@github👀 Looks like the good folks from @Raspberry_Pi have some tasty treats for us today raspberrypi.com/news/new-raspb… The co… twitter.com/i/web/status/1…2 hours ago28 October 2021

GitHub@githubICYMI @codewithanthony shared how to improve code review reliability while maintaining productivity (and even some… twitter.com/i/web/status/1…12 hours ago27 October 2021

Parasoft@ParasoftAnswers to your most pressing questions about the new OWASP Top 10 list for 2021! >>> parasoft.com/blog/security-…… twitter.com/i/web/status/1…12 hours ago27 October 2021

GitHub@githubDid you miss day 1 of #GitHubUniverse? No worries! You can catch a rebroadcast anytime at githubuniverse.com pic.twitter.com/tlgfmuWgmT13 hours ago27 October 2021

Parasoft@ParasoftCome and learn about the benefits and lessons learned from AT&T and Capital Services #securityinitiatives that driv… twitter.com/i/web/status/1…13 hours ago27 October 2021

CloudBees@CloudBeesSoftware organizations try to create and deliver the best solutions for their customers. Discover 11 different… twitter.com/i/web/status/1…15 hours ago27 October 2021

Red Hat OpenShift@openshiftRT @RedHat: Infrastructure as code? #GitOps or go home? Do we even need #Kubernetes? Join @kernelcdub and @stefanprodan for a new episode o…17 hours ago27 October 2021

Red Hat Government@RedHatGovFinding value in data is critical to every business today! At @RedHat Government Symposium on November 16th,… twitter.com/i/web/status/1…18 hours ago27 October 2021

Sonatype@sonatype.@sonatype has identified yet another malicious package in npm which mimics a popular game API. While it may resemb… twitter.com/i/web/status/1…18 hours ago27 October 2021

CloudBees@CloudBeesRT @devopsdotcom: LIVE at #DevOpsExperience: @CloudBees' Timothy Johnson looks at results from a recent security survey and shares how the…19 hours ago27 October 2021

CloudBees@CloudBeesRT @KNichols2012: If the Demand Gen team isn't Pipeline for Halloween, is it even Halloween? @CloudBees Costume Contest with @miakeay Naha…19 hours ago27 October 2021

Sonatype@sonatype👻 What’s scarier than saying Candyman 5 times? Not knowing what’s in your #opensource components. Ask the… twitter.com/i/web/status/1…19 hours ago27 October 2021

CloudBees@CloudBeesMoving to a #SaaS delivery model is a carbon footprint-reducing method that can provide the cost benefits of optimi… twitter.com/i/web/status/1…20 hours ago27 October 2021

Red Hat Government@RedHatGov.@AstroPeggy, our next guest on @RedHat Coffee Hour, is out of this world 🚀 - Set the record for the most cumulat… twitter.com/i/web/status/1…20 hours ago27 October 2021

GitHub Security@GitHubSecurityGitHubSecurity is proud to announce another update of our CAIQ registered cloudsecurityalliance.org/star/registry/…1 day ago27 October 2021

Red Hat OpenShift@openshiftRT @csantanapr: Just gave this a try, and it worked out of the box. You can run @openshift on any Cloud, and get @KnativeProject using the…1 day ago27 October 2021

GitHub Security@GitHubSecurityGitHub's @LizSaling was a guest on @brakesec this week sharing leadership wisdom that extends far beyond building g… twitter.com/i/web/status/1…1 day ago27 October 2021

Parasoft@ParasoftPlanning to attend @AeroTechWeek? Make sure to use code PARASOFT50 to register >> aerospacetechweek.com/registration/ Join our… twitter.com/i/web/status/1…2 days ago26 October 2021

Red Hat OpenShift@openshiftRT @christianh814: There's only 4 more streams left for #GitOps Guide to the Galaxy. We've done a lot in (almost) 2 years of streaming. As…2 days ago26 October 2021

Sonatype@sonatypeThe #AllDayDevOps conference is 2⃣days away - Until then, catch up with @matthewjhoward’s chat with Rosemary Wang (… twitter.com/i/web/status/1…2 days ago26 October 2021

Sonatype@sonatypeRT @AllDayDevOps: Big thanks to our premier sponsors for this year’s #AllDayDevOps i.e. @sonatype and @StateFarm. Without their support, #2…2 days ago26 October 2021

Red Hat Government@RedHatGovJoin @RedHat experts tomorrow and Thursday at the @AFCEACyberExpo! Learn how #opensource can move your mission fast… twitter.com/i/web/status/1…2 days ago26 October 2021

GitHub Security@GitHubSecurityWe truly believe all Hubbers are part of the Security team here at GitHub. There are some among us, like Phil Holl… twitter.com/i/web/status/1…5 days ago23 October 2021

eggplantio@eggplantioWill a $10k workstation make you a better developer? It's worth a shot! One lucky #LiveFromTheLab attendee will wi… twitter.com/i/web/status/1…6 days ago22 October 2021

eggplantio@eggplantioStill testing manually? See how simple #testautomation can be at Keysight’s #LiveFromTheLab event on October 28th.… twitter.com/i/web/status/1…7 days ago21 October 2021

eggplantio@eggplantioAlthough we did not win, we are proud to have been a finalist in the Software Vendor of the Year category at The Eu… twitter.com/i/web/status/1…1 week ago20 October 2021

eggplantio@eggplantioTo ensure an excellent digital experience, you need to test across platforms, browsers, devices, and even device or… twitter.com/i/web/status/1…1 week ago19 October 2021
Powered By